Who are constituents for this study?

How did the study come about?

In 2017, three cruise companies announced their intention to deploy significantly larger cruise ships to Southeast Alaska, during the summer seasons of 2018 and 2019.  The first of these ships would be the Norwegian Bliss; a brand new ship, built specifically for the Alaska market.

What did people have to say about the study?

“The Southeast Alaska Pilots have clearly demonstrated a model for cooperation with ship operators to achieve a common goal: safe and efficient navigation in pilotage waters.  The VLCS study combined the professional experience of SEAPA pilots and NCL Masters to establish viable operational guidelines.”

“The VLCS Committee, composed of pilots and captains from SEAPA and NCL, has invested more than 5000 man-hours in the Norwegian Bliss evaluation and guidelines project.  We believe that our efforts, combined with the professional cooperation we experienced from NCL, has improved safety on the waters of Southeast Alaska.”

“The 2018 Recommended Guidelines for the VLCS Norwegian Bliss represent an example of what we can do without compromising safety.” 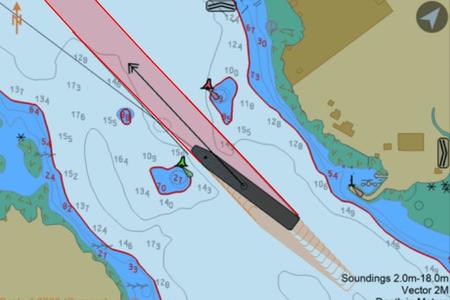 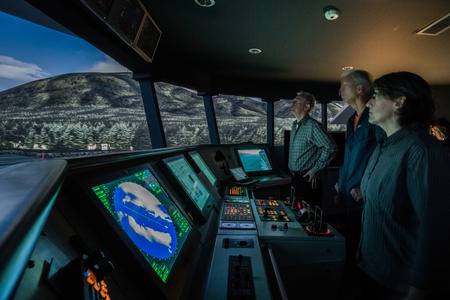 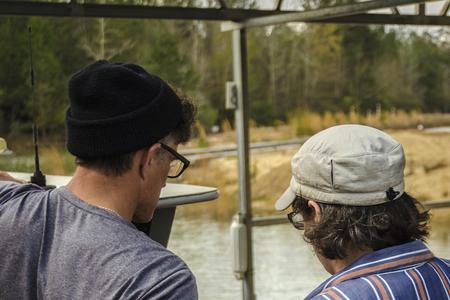 Who participated in the SEAPA VLCS Committee?

During the summer of 2017, in response to the coming of VLCSs, SEAPA initiated a process to evaluate these ships, propose safe operational guidelines, and identify pilot training programs.  This resulted in the formation of the SEAPA VLCS Committee with an invitation to Norwegian Cruise Line (NCL) to participate in the process.  NCL readily agreed to join in the effort and the VLCS Committee was formed with SEAPA pilots Jeff Baken, Larry Vose, Robert Winter, Rich Preston, and Barry Olver and NCL   Captains Bjorn Hansen (VP of Nautical and Port Operations) and Staffan Bengtsson (the first master of the Bliss).  Captain Jorge Viso and the staff of the American Pilots’ Association, provided advice; while, Mr. George Burkley, the Director of the Maritime Pilots’ Institute (MPI), assisted as an independent, third-party maritime subject-matter specialist. 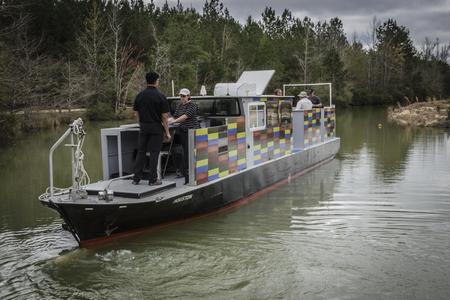 By April of 2018, the season-start recommended guidelines were published; they can be found on SEAPA’s website at www.seapa.com.  Questions regarding the study may be addressed to Captain Jeff Baken:  jeffbaken@gmail.com.

In addition to the guidelines identified in the study, several spinoff benefits resulted.  1) The efforts of the VLCS Committee resulted in a format and process for future evaluations of VLCSs (two of which are in development).  2) Azipod command terminology (as proposed by Baken, Burkley, and Vose; 2016) was used effectively. 3) Through the cooperative efforts of NCL, Royal Caribbean Cruises (RCL), and SEAPA; several hydrodynamic ship models were donated to the Alaskan maritime programs at UAS and AVTEC, in Ketchikan and Seward. 4) Maybe most importantly, the VLCS Committee, composed of SEAPA pilots and NCL masters, proved to be an example of how common-goal cooperation between pilots and industry can be efficient and effective.

Since the publication of the Norwegian Bliss guidelines in April of 2018, more than half of SEAPA’s members have completed training  at PMI, using the Norwegian Bliss hydrodynamic model (developed for the study); as well as, at the Maritime Pilots’ Institute, in Covington, LA, utilizing the azipod-equipped, MM Houston (a 13,800 TEU containership converted specifically for this training).

What were the answers found?

The VLCS Norwegian Bliss was found to be appropriately powered for maneuvering in most conditions encountered in Southeast Alaska. Simulations identified a significant swept path outline, in strong crossing winds and currents. Scenarios in upper-limit winds demonstrated that maneuvering reserve margins (e.g. rudder and/or bow thruster reserves) and vessel speed limits, as prescribed in Southeast Alaska’s Voluntary Waterway Guide (VWG), had to be exceeded in order to keep vessel swept path within the margins of safety. 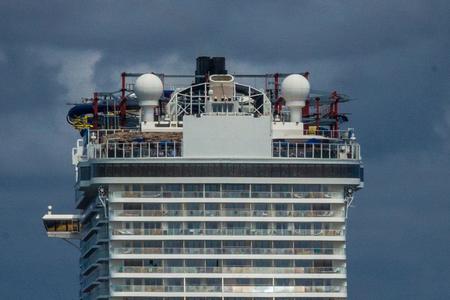 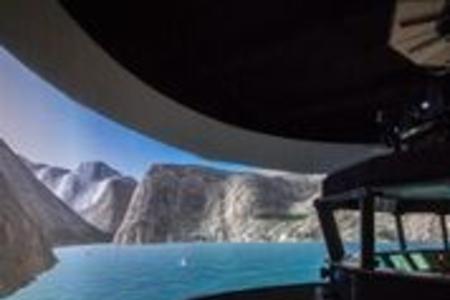 On the final day of testing, the VLCS Committee and PMI hosted an open house for industry and regulatory stakeholders. A representative evaluation simulation scenario, with the associated risk-assessment process, was demonstrated.  This was followed by a round-table discussion and review of the preliminary draft of guidelines for the Norwegian Bliss; as well as, a facilitated dialog including stakeholder questions, concerns, and suggested areas for follow-up. Areas identified for follow-up included concerns with port infrastructure and support resources (e.g., real-time environmental data, assist vessels, etc.) Stakeholders attending the Open House included: the USCG COTP for Juneau, the USCG COTP for Seattle, the USCG Deputy Sector Commander for LA / Long Beach, the Executive Director of the Marine Exchange of Alaska, multiple cruise companies, the American Pilots’ Association, and West Coast Pilot groups.

What were the Questions to be answered?

The primary goals of the study were, via a joint industry-pilot partnership, to identify the environmental and operational parameters at which undesirable events began to happen. The general standard of care, by which the VLCS Committee based their recommended guidelines, was whether a simulation maneuver could be reliably completed by an average mariner, on an average day, while achieving consistent, above average results.

Describe the Beginning, Middle, and Ending of the Study.

The VLCS Committee began its efforts by researching methods of determining risk and safe guidelines, via simulation, by examining the body of knowledge of previous studies by other pilot groups, the cruise industry, and other large vessel operators. By combining effective strategies from these diverse perspectives, the Committee established a risk-assessment process based on articulated maneuvering reserve margins and professional experience from multiple perspectives.

Two pilot members of the VLCS Committee conducted a week-long, data-gathering, observer trip on a sister ship, the Norwegian Escape, in September of 2017.  In all, forty distinct operational parameters were recorded, which were then applied to the development and vetting of a new hydrodynamic model of the Norwegian Bliss.

In December of 2017, the VLCS Committee, along with SEAPA pilot- and trainee-volunteers, administered a week of full-mission simulation in various Southeast Alaska ports, channels, and fjords at the Pacific Maritime Institute (PMI), in Seattle, Washington. Evaluation scenarios were designed to test the most unfavorable and frequent wind, current, and ice conditions (from glacial calving) in areas based on the 2018 itinerary of the Bliss.