FREEPORT, TEXAS, February 19, 2019 – A new port dispatch center could prove to have an invaluable economic impact on Freeport area jobs, the local shipping industry and beyond.

The Port Freeport Commission voted unanimously to approve a contract for pilot dispatch services with Fort Velasco Signal Station, LLC for monitoring and managing the ship traffic coming in and out of the Freeport Harbor as the port continues to grow and flourish.

Larger ports have used and operated dispatch centers for decades to help manage their ship traffic, but it has not been economically efficient to have one in Freeport until now.   “Port Freeport has reached a growth level where the users of the channel must truly share the waterway,” said Billy Burns, president of the Brazos Pilots Association.

The Brazos Pilots Association, along with Port Freeport and industry leaders Dow Chemical, Enterprise Products, Freeport LNG and Phillips 66, are jointly sharing in the cost to operate the dispatch center at no costs to the taxpayers. The dispatch center is expected to be housed in the association’s headquarters.

“We look forward to our continued work with both the Port and the Brazos Pilots Association as Freeport nears the substantial completion of its liquefaction project.”

“The Pilots’ knowledge of the port and the Freeport Harbor Channel play an integral role in the movement of commerce in this region.  They are a strong asset for the entire Freeport Harbor community, and the addition of the new dispatch service will support the growth in the port and ensure safe, efficient navigation along the channel,” said Port Commission Chairman Paul Kresta.

“It will give the pilots mobile access to the timely, accurate information they need to schedule and perform their jobs.”

With significant growth in vessel traffic over the last two years and more facilities coming on line, Freeport has grown into a bustling port. “We are modernizing how we do business to keep up with the growth,” Burns said.

“The new dispatch service will allow channel users, agents, the U.S. Coast Guard, and law enforcement to have complete visibility to vessel scheduling through a secure web interface.  It allows all of the users to share information, so everyone is working together.  A much more efficient, safer and effective movement of goods is the result.”

The Freeport Harbor Channel is a leading economic catalyst for the Texas Gulf Coast.  Since 2016, the channel generated 126,000 direct, indirect and induced jobs with a total annual economic impact of $46.2 billion, according to a Texas A&M Transportation Institute study.

About the Brazos Pilots Association:
The Brazos Pilots Association is dedicated to representing the State of Texas and protect her pristine and ecologically sensitive marine habitats by providing guidance and developing safe maritime practices, as well as ensuring safe and efficient transportation of foreign commerce traversing the Brazos River. Their mission is simple: use their expertise in ship handling (gained over the last century) and combine it with the latest in electronic navigational tools to make each vessel transit as safe and efficient as possible. 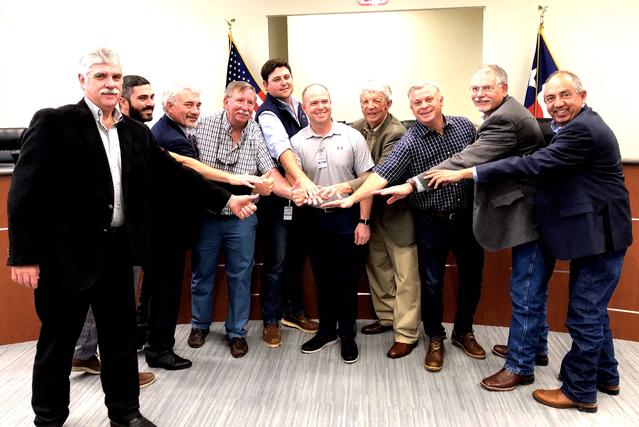