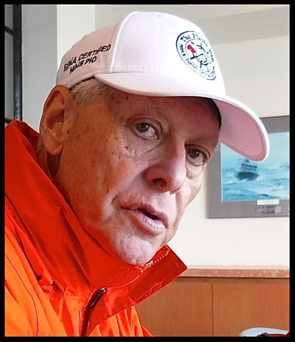 Henry de La Garza is retained as a Public Information Officer (PIO) by American pilot associations operating in the busiest ports and most congested waterways in the United States.   His professional career spans more than 40 years as an award winning television news reporter and news producer, a media trouble shooter and public spokesman for AT&T, and the director of communications and press secretary for the Mayors of Houston and El Paso. He has the experience and skills to be a game changer when it comes to managing communications for pilot associations.

As The Pilots PIO, he provides timely communications advice and counsel on general matters as well as manages pilot public information.  He is there for pilot associations when opportunities arise for them to tell their story and to respond when incidents occur, such as groundings, collisions and allisions.  He is knowledgeable about the maritime industry, the role of pilots in shipping, the pilot culture, and pilot operations.  The nature of his work requires Mr. de La Garza to be on standby 24/7/365 and respond when ever and where ever he is needed by his client pilot associations.

As a crisis communications specialist, Mr. de La Garza has the professional distinction of managing public information at the Federal response to United States' first spill incident of national significance.  On September 6, 2010, he completed a 125-day assignment as a Public Information Officer and public spokesman for BP and the Unified Command response to the Deepwater Horizon oil spill.  Among his crisis assignments, he managed public information at major maritime incidents (COSTCO BUSAN – 2007, EAGLE OTOME - 2010, DEEPWATER HORIZON - 2010, ELKA APOLLON - 2011, OVERSEAS REYMAR 2013, TEXAS CITY Y - 2014, Conti Periodot - 2015) in the United States since the EXXON VALDEZ.